Menu
×
Home › Tips › When Should I Remove the Cigar Band? 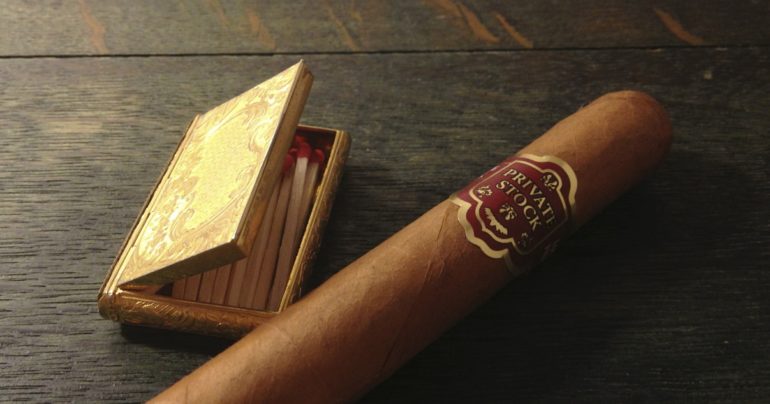 Is there any cigar etiquette involving the cigar band? Is there a “correct” time to remove it? The answer? It depends who you ask! Some say you should remove the band before you light up, others say remove it once it has warmed up, still others say keep it on the whole time. Who is right? Here’s our 2 cents…

Those who say you should remove the band before smoking your cigar usually cite politeness as the reason. In other words, they say it is “rude” or “haughty” to flash your cigar band around while you smoke. Maybe. Perhaps it depends where you are and who you are with. For the most part though, we don’t see this as a reason to remove the band.

Some simply don’t like the feel of the band as they smoke. They would rather have their cigar “all natural” while they are puffing away on it. To each his own. 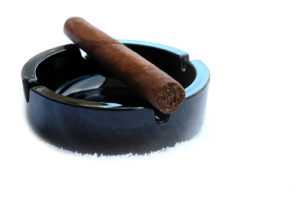 We would caution, however, that if you do attempt to remove the band before lighting up – be very careful that you don’t tear the wrapper (the outermost layer of the cigar). Sometimes the adhesive used to keep the band together can stick to the wrapper and cause it to tear as you try to remove it. This can hamper or even ruin the smoking experience. Personally, we don’t take the chance!

As the stogie warms up while you smoke it, the band will naturally loosen up. If it becomes loose enough to easily slide off, then go for it if you are so inclined.

Some cigars come with a band on the foot (such as the Rocky Patel Edge) – these will definitely need to be removed. If you like having a band on while smoking, you can sometimes slide the band off the foot and onto the head so it rests where most “normal” bands are. We recently did this with a RP Edge and it worked beautifully (yes, we like having a band on!).

If you are going to smoke the cigar to the nub, you’ll need to remove the band sooner or later. You don’t want to taste the burning band as you smoke the cigar down to the end!

In the end, it is up to you. Perhaps you’ll even do a little of each, sometimes removing it right away and sometimes leaving it on the whole time. It comes down to personal preference. We say, whether you have the band on or off, enjoy your stogie!