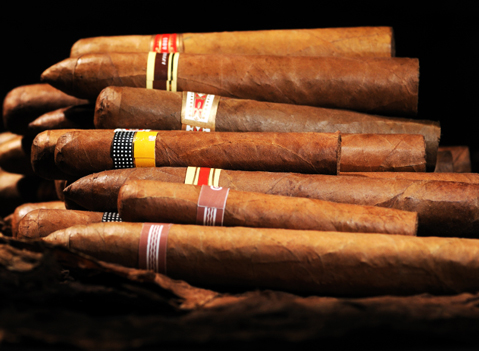 Looking to give a cigar club to someone as a gift or to a relatively new cigar smoker? Then the Clubs of America Cigar of the Month Club may be the club for you. Here’s the full rundown… 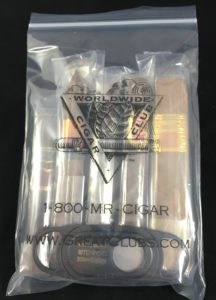 The cigars are shipped in a box for good protection during transit. In a unique twist we have not seen before, each cigar is individually vacuum sealed and then put into a ziplock for further preservation. However, no humidity control device is included. They claim that the vacuum seal keeps the cigars fresh for up to a week. We’d still prefer to see some kind of humidity control in case the cigars sat on our doorstep in the sun all day after being delivered.

With all that being said, the cigars were fresh when we opened them. We still let them rest in the humidor for a week or two before sampling them to let them adjust. They all smoked just fine. 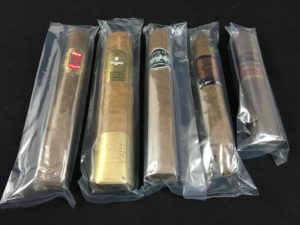 Here is the lineup of cigars that we received:

We were pleased to note they are all premium cigars and even the cheapest cigar of the bunch (5 Vegas Gold Bar) was a very unique style – which is one of the best parts about cigar of the month clubs: trying cigars you may never buy on your own. 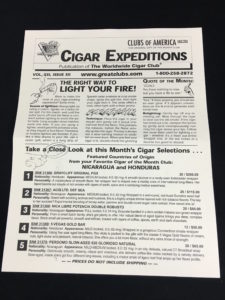 As for the included newsletter – it is a pretty basic one-pager (front and back). It is definitely geared toward new cigar smokers as at least two-thirds of the content is akin to Cigar 101 Class:

Again, that is great for new cigar smokers, but it has very little to offer for the aficionado.

The cigar descriptions and tasting notes were also very sparse, including just the bare minimum information about each cigar that was received: nationality, appearance and personality. 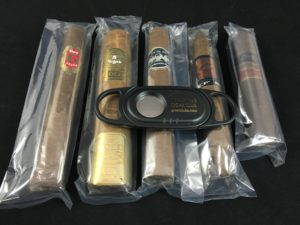 Their website is a little on the minimalist side, containing the barest information required about the cigar club. Yes, it covers what you need to know, but it doesn’t exactly entice you into joining based on thorough and informative content.

The process to join is easy and painless and there is no need to cancel since you can only register for a predetermined number of months at a time – they do not offer an ongoing membership like most cigar of the month clubs.

Priced at $30.95 per month, it is a little on the higher end of the curve when compared to other cigar of the month clubs. They do include a free cigar cutter, which is a nice touch.

The combined value of the cigars that were included came to just over the price of the club itself, so you do get your money’s worth at least. However, there are no additional perks like discounts on future orders.

This club is obviously geared to new cigar smokers and for those looking to give a club membership as a gift. So if you fall into either of those categories, then the Clubs of America Cigar of the Month Club is worth looking into. If you, or the recipient of your gift, is already a fairly experienced cigar smoker though, we’d suggest looking into other clubs that cater more towards the cigar aficionado.